Helping patients like Josh have family by their side

Beaudesert local Josh can’t remember the day he was rushed to hospital for lifesaving surgery, but it’s something his family will never forget.

On that day, Josh’s mum Angela received the devastating phone call that her 19-year-old son had been seriously injured in a road accident at Yatala on his way to work.

“His injuries were so severe, we were told to prepare ourselves that Josh wouldn’t make it. I knew how much he would want his family by his side,” said Angela. 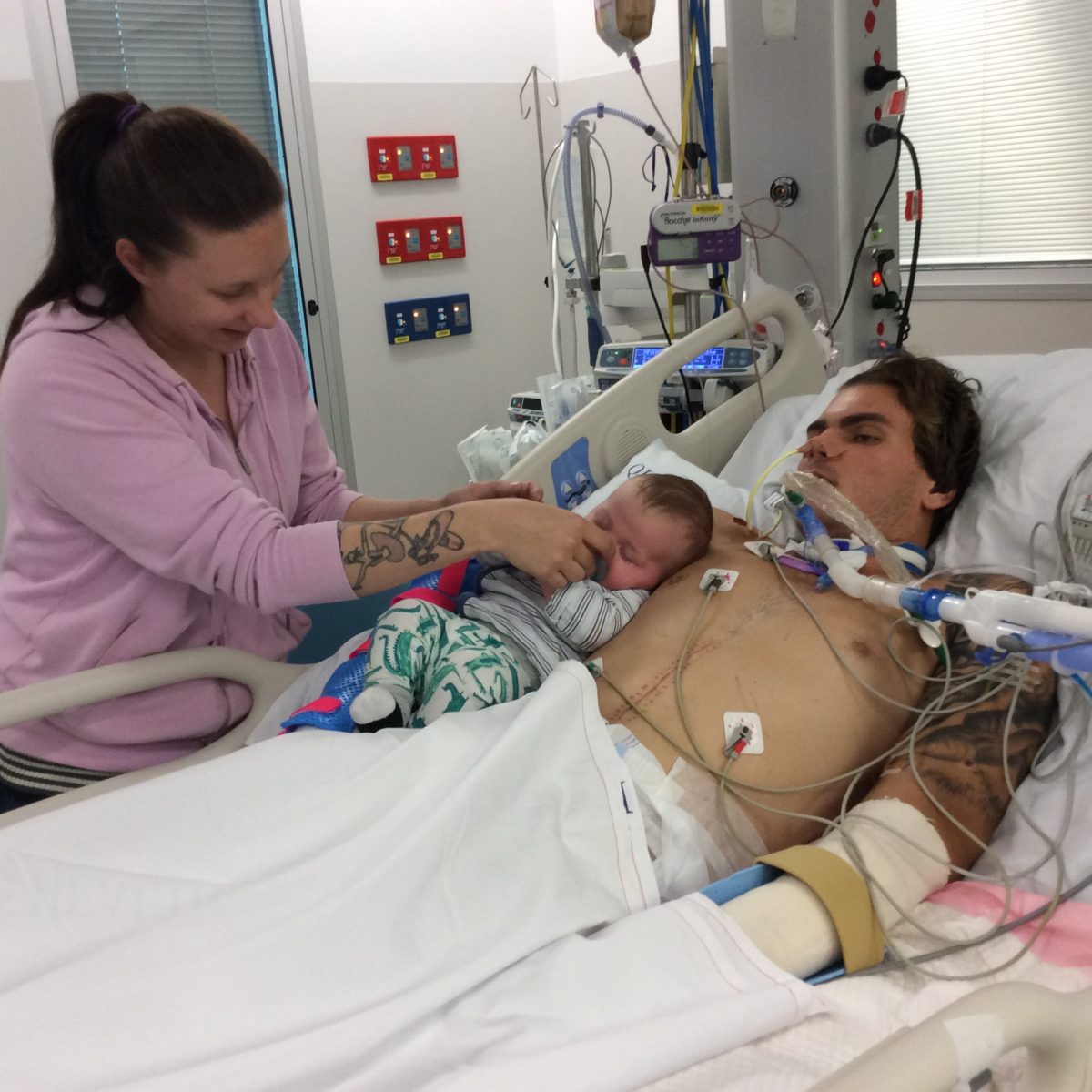 Angela and other family members made the heartbreaking dash from their home more than an hour away from the hospital to be with Josh, who was on life support.

They struggled with unimaginable anguish and distress as they kept vigil over their much-loved boy – a keen surfer and fisherman – in a coma with head injuries, internal injuries, and more than 10 broken bones in his arms, legs, hands, fingers and jaw.

Josh’s grandparents were part of Josh’s family by his side.

His grandma Peggy said, “Together with Angela, we didn’t leave Josh’s side for the first three days, sitting in chairs trying to get a little sleep, or lying on the floor in the waiting room. We couldn’t believe what had happened to our Josh, it felt like a nightmare.

“Angela had to stop working immediately to be with Josh around the clock, so she lost her income. We’re on a pension, so we all knew we couldn’t pay for accommodation to be close to Josh, and we were told very quickly that he was going to be in hospital for a very long time. Josh has a beautiful family, but they have to keep working, so it was up to the three of us to hold the fort 24 hours a day, seven days a week,” she said.

“A social worker visited us and told us about Gold Coast Hospital Foundation’s Emergency Accommodation Service, and that we would be helped with accommodation near the hospital while Josh was so desperately ill, as well as help with transport.

“We don’t know what we would have done without the Foundation’s support. We can’t be away from Josh because everyday something happens; something good, something bad. To be with Josh all the time is just marvellous.

“We can’t thank the Foundation enough, and I really encourage people to donate for other families who suddenly find themselves in this terrible situation.”