Gold Coast twin boys Louis and Theo and their parents Jay and Kath are a special local family facing more time in hospital than at home.

The 15-month-old brothers have a rare genetic condition that needs multiple Albumin infusions each week to keep them alive. It’s hard to believe just how sick these boys are when they cruise around the Gold Coast University Hospital Children’s Ward. But Jay and Kath are so proud of their boys meeting their development milestones despite their condition.

Titans half-back Ash Taylor met our Scrub Up September ambassadors  Louis and Theo and their mum Kath when they were just six months old.

As he was preparing for the arrival of his own son, Ash says the meeting helped give him perspective for what some parents have to go through.

“It was mixed emotions because I was going to have my son and to see what she was going through, it really put things into perspective,” Taylor said.

It’s why Ash is putting his voice behind our annual fundraising campaign, Scrub Up September for kids in hospital and is a Foundation Ambassdor. 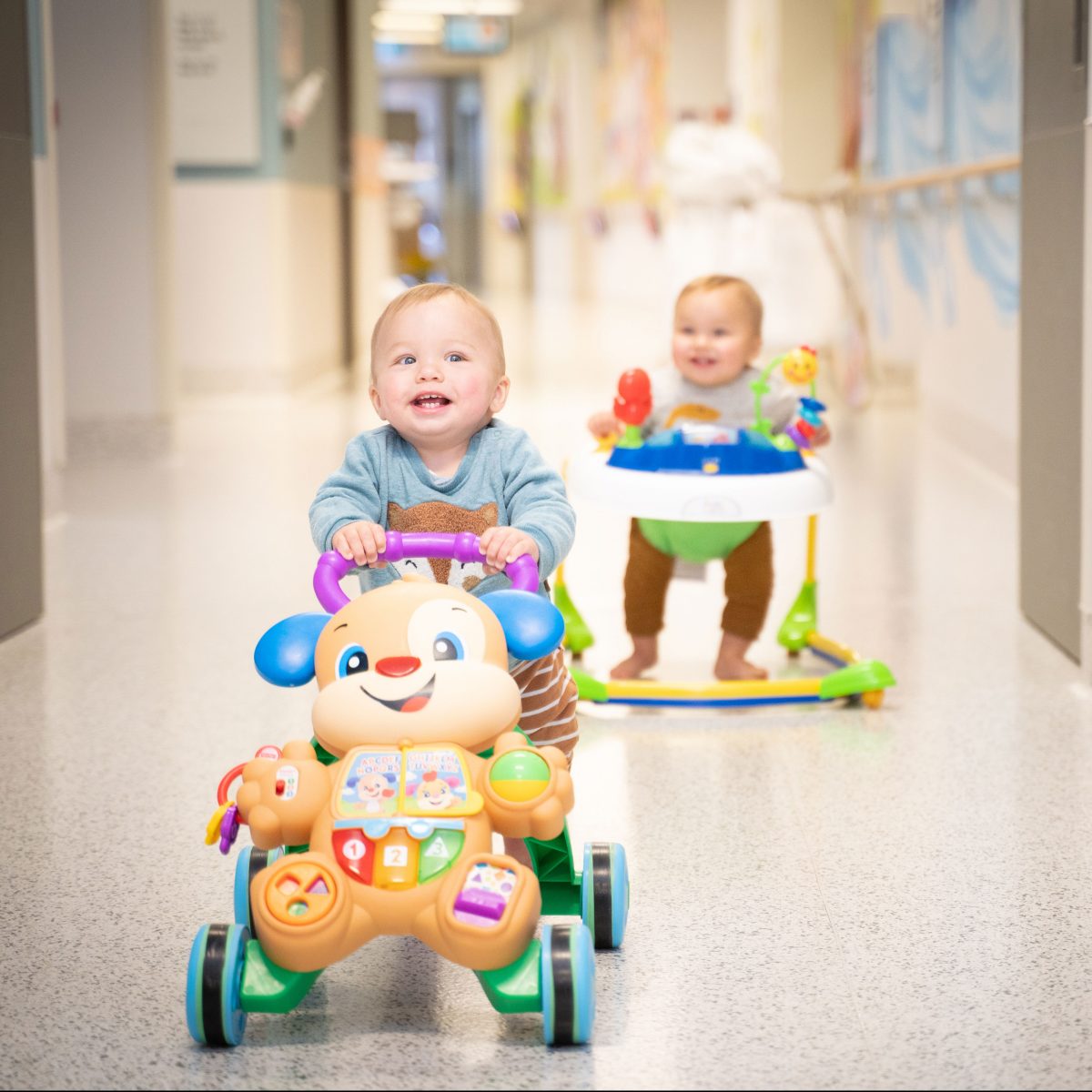 Back to all
' Donate to Scrub Up September